Metal Gear Solid 5: The Phantom Pain is the latest entry in the long-running Metal Gear series. This entry promises to be better than its predecessors, and if you’re fond of the Metal Gear games, you’ll love this one. Game Reviews says that The Phantom Pain “has everything a fan of the Metal Gear franchise should expect: explosions, sneaking, boss battles, and the slow, suspenseful buildup that makes a solid game.” The game has excellent graphics, although not enough to completely eliminate the issues with screen tearing. Regardless, the picture is not the strong point of the game, instead, it’s the excellent gameplay and storyline that steals the show.

Metal Gear Solid 5: The Phantom Pain focuses on the plot of the previous games as well as some new ones. Snake, who remains a mystery in the previous games, is seen here as the biggest boss of all of Metal Gear Solid. The story revolves around a nuclear war that has left Mother Base under attack by the opposing sides. Your mission is to prevent the military from nuking the base, as well as gather every member of the Peace Walker army, rescue your friend, and eliminate Big Boss. 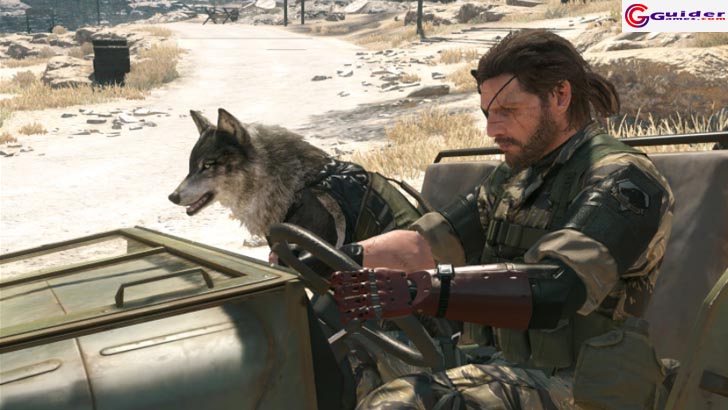 Metal Gear Solid 5: The Phantom Pain adds a lot of improvements over the previous games. For example, you now have a lot more items at your disposal. In addition to helping you in combat, you can also buy armor and other items in order to improve your capabilities on your missions. The map is also bigger and is easier to maneuver around. Also, the game now includes a campaign mode where you can play through the single mission or go head to head with another player in an optional versus setting.

The game starts with a prologue that ties up everything that occurred in the previous games. Snake walks into an empty room, finds a security guard and a woman who is holding a gun, and threatens him. However, Snake manages to escape the scene and proceeds to search for Big Boss. However, he soon finds out that Big Boss is being held prisoner in an undisclosed location within the base.

Metal Gear Solid 5: The Phantom Pain adds new characters to the cast. Besides Snake, you get to meet EVA, EVB, Liquid Snake, and several others. They are all part of the game’s storyline and help you put together your team.

Metal Gear Solid 5: The Phantom Pain features a number of different methods in which you can get gear. There are limited cases wherein you will receive gear randomly when you start the game. However, in many cases, certain crates and treasure boxes will give you rare items. And in some instances, bosses will drop rare items.

Metal Gear Solid 5: The Phantom Pain also has two story endings. The first one is what the developers call the traditional story ending. The second one is what the fans call the alternate route story. In this route, you can control what happens after the events of the main story. Some of the optional things that you can do include raising your IQ, equipping items, and taking on more challenging missions.

Metal Gear Solid 5: The Phantom Pain also features a handful of multiplayer modes. You can play against the computer, which is basically just a cut-and-paste version of the usual play-across. You can also try your hand at a number of obstacle courses and challenges. Some of these challenges require using co-op tools, so you’ll need to be playing with a friend or a co-op partner. However, the online co-op can be difficult if you don’t know the basics for getting through it.